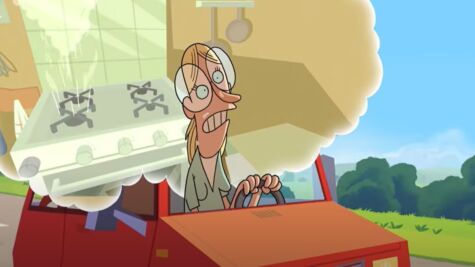 Thanks to our screening partner Access Cinema and Dundee Contemporary Arts Centre who run the Discovery Film Festival and curate the wonderful Shorts for Wee and Middle Ones, we're delighted to share with you a selection of short films and resource activities.

The resources have been created by classroom teachers and educational professionals and were originally created for classroom based activities but are perfect for exploration at home. These resources have been created by Gill Paton, Sheena Lusby, James Miller, Helen Appleyard, Ian Cameron, Lynsey Dick, Joy Christie, Shona Brownlee and Lindsey Law.

All have been classified PG and have a recommended age of 8-12 years (approximately).

Panic! (Paniek!): In the car Marja has a sudden rush of panic: did she turn off the gas? Did she leave the water running? Is the window locked? In her mind her imaginary mistakes grow to absurd proportions.

Catastrophe: This animation focuses on a cat named Rodney living in an apartment block with a bird, a dog, and of course the tough lady of the house, Nel. Rodney is obsessed with the bird, but has been warned by the lady of the house that dire consequences will occur if the bird is harmed. This 'short' spirals out of control with many funny catastrophic events occurring.

Katakroken: This short film centres around the conflict between two primitive cave-dwellers. One is a giant yet gentle pink yeti-type and the other a grungy black and white thug. What begins as a traditional Tom and Jerry style chase, develops into a deeper metatextual take on conflict, as our big pink fella can't help but see the art in his surroundings.

Once Upon A Blue Moon: A comical mixed-media stop motion animation about a blue planet and a lonely blue creature. The isolated planet is visited by a robot on an important mission, to only take pictures of the rocks it finds.

Resource for Once Upon A Blue Moon created by Lynsey Dick

Johnny Express: In the year 2150, Johnny, a lazy Space Delivery Man, must deliver a package on a planet he does not fully understand. When the spaceship arrives at its new destination all he has to do is simply deliver one tiny package on this new planet. However his latest delivery doesn't go as planned. The planet is so small it takes him only 5 minutes to circumvent it looking for anyone to deliver to. While his problems are small, on a much smaller scale the residents of the planet have some very big problems.

The action cuts quickly between Johnny's frustration in looking for but not finding the alien to deliver the package to and the chaos he unknowingly creates on the planet. This short film is full of slightly dark humour and dramatic sequences - be prepared for a shock ending.

Scrambled: A typical modern teenager Esra misses her train causing her to feel frustrated and angry. She slumps onto a bench on a train platform and starts to play a frenetic and mind blowing game on her smart phone. A Rubik's cube decides she needs some 'calm' and approaches to assist with some interesting outcomes.

Jonas And The Sea: This is an animated film about Jonas who, ever since he was a child, has loved the sea. He feels most at home in the calm and relaxing world under the waves. He spends his time gathering what he can find from the beach and what is left by the sea. Jonas uses what he finds to create his, not always successful, inventions. He hopes one of these will enable him to achieve his lifelong wish, to be at one with the sea. Time passes and Jonas is becoming an old man, he does not have much time left to make his dream come true...

Resource for Jonas And The Sea created by Lindsey Law

Nanuuq: This deceptively simple animation carries a powerful message about the world in which we currently live. It has no dialogue but relies on imagery to share the story. It follows a female polar bear and her cub on a journey across the Arctic.

Outdoors: This is an animated story with no dialogue. It is told through the animation itself, music and sound effects. It tells the story of a little girl who knocks on her elderly neighbour's door looking for her lost pet. Whilst in her neighbour's flat she inadvertently lets out her neighbour's caged pet bird. The bird escapes through the open window. After some well intended attempts, at first separately and then together, they search for the elusive and tantalising bird. The young girl and the elderly neighbour combine their individual skills and talents to achieve a successful outcome, broadening their horizons in the process.

Alike: In the daily routine of work and school, Copi tries his best to make his son, Paste, understand what is right and wrong in life. But Paste sees the world in a different light and teaches his father the importance of being creative and unique while listening to what your heart is telling you.

The Cat and Its Artist: An artist is in his studio repeatedly painting bananas, (his favourite subject). Meanwhile a stray cat at the open studio window is focussed on catching a bird. The cat pounces, misses the bird and lands on the studio floor. The artist is friendly to the cat and continues with his painting. A visitor (art critic) arrives to view the painting, is unimpressed and departs. The artist is devastated and retires miserably to bed. The cat tries to help the man by giving him a drink but to no avail. As the artist remains depressed the cat decides to help by adding a bird to the painting. Upon awakening the artist is appalled to see that his work of art has been desecrated. The artist and the cat fight, throwing paint at each other and in the meantime unintentionally create an abstract picture. The art critic returns, loves the picture, purchases it and leaves. The cat, who is sitting on the window ledge, is wary when the artist approaches with the offer of money, but is easily persuaded by a bowl of milk. Finally the artist and the cat co-operate to create further pieces of abstract art which they both sign.

Resource for The Cat and Its Artist created by Sheena Lusby

Lila: Lila is a girl who creates and manipulates the world around her using her sketch book. She uses her sketches to influence the world around her to her own amusement and to the benefit of others. This is a beautifully clever short film which combines live action and animation to tell the story. As Lila wanders through her world she adds to the scenes she passes by sketching in her drawing pad and then holding it up in front of her to enhance the scene with her drawings. These seem to have a small magical effect on the people that she observes as they change their behaviours according to her images. It becomes apparent the themes dealt with are loss of loved ones in the final scene, opening up questions about how Lila has dealt with the loss of her parents.

Dji Death Sails: A pirate lost at sea and on his last legs is visited by an incompetent Grim Reaper. While waiting for his client to die, Dji (the Grim Reaper) investigates the contents of the pirate's treasure chest.

The Red Herring (Pipopingviini): In this language free comedy, Perry enjoys catching fish for the rest of his penguin friends. The trouble is that they are always hungry. One day a mysterious stranger arrives, promising a never-ending supply of fish. Are his promises too good to be true?

Resource for The Red Herring (Pipopingviini) created by Shona Brownlee 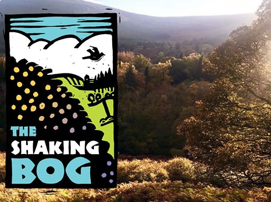 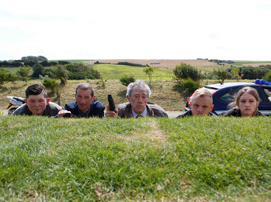 Thanks to our screening partner access>CINEMA and Modern Films we are delighted to be able to bring you CoinCoin and the Extra Humans digitally. 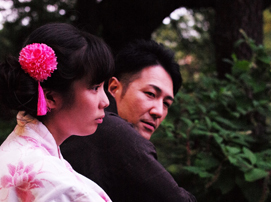 Thanks to our screening partner access>CINEMA and Modern Films we are delighted to be able to bring you Family Romance, LLC digitally. 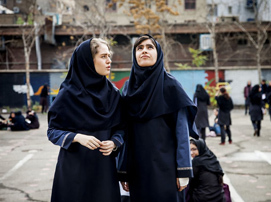 ​Thanks to our screening partner access>CINEMA and Modern Films we are delighted to be able to bring you Ava digitally.