Abbas, his two children and his brother Etienne have fled war-torn Central Africa and are living in Paris. Both were teachers, but now work menial jobs and live in unsecure accomdation, Etienne in a handbuilt shack under a flyover, Abbas and his children moving regularly between shor-term vacant apartments.

When their request for political asylum is turned down, both men, still traumatized by loss realise they are running out of options. But there is hope in the form of generous and warm-hearted florist Carole with whom Abbas has begun a relationship.

A stark, yet gentle film about a family looking for a home, which contrasts the intimacy of human relationships with the cold bureaucracy of a vast, impersonal system.

‘…has a sharp edge and an overtly political point..there is a marvellous ease and a charm to it.’

‘… as tough as it is, France is also warm and subtly heartbreaking, offering a moving vision of life for those stuck in legal and emotional limbo.’ 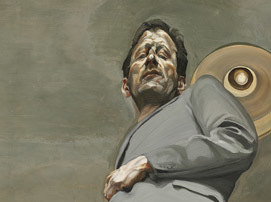