An intimate and compelling solo performance from Lynda Radley about long-distance swimming, celebrity, storytelling and time, directed by Tom Creed.

Mercedes Gleitze swam the English Channel in 1927, aged 26, and it took her 15 hours and 15 minutes. She was a celebrated endurance swimmer who set and broke many records, often years in advance of men in her field. Lynda Radley found her in a faded photograph in Cork City Library and has been fascinated and frustrated ever since.

Fourteen years after the original stage production was seen at Cork Midsummer Festival, The Art of Swimming returns in a newly-conceived film version for online presentation, directed by Tom Creed and with music by Michael John McCarthy.

Written and performed by Lynda Radley

Filmed and edited by Jack Cocker

Created with the support of Aboagora - Between Arts and Sciences – Symposium, Turku, Finland.

‘She conveys seas and harbours, lakes and straits... there is a sense of identification, empathy, as well as curiosity’

‘Outstanding... Radley writes with style, humour and a flourish of poetic passion’

‘A beautifully written and performed piece about a modest, strong-willed woman produces an hour of quiet, gentle delight. It was my first show this year but I know already that it will prove to be one of the gems of the fringe’

TOM CREED is a theatre and opera director based in Dublin. His productions have been seen in Ireland, the UK, Europe, the USA and Australia. He has worked with Lynda Radley for over 20 years and directed the original production of The Art of Swimming and the Irish premiere of her play Futureproof.

MICHAEL JOHN McCARTHY is a Cork-born, Glasgow-based composer and sound designer. To date he has collaborated on the making of nine Scotsman Fringe First award winners and has been nominated four times for the Critics Award for Theatre in Scotland in the category Best Use of Music & Sound.

JACK COCKER is a documentary filmmaker from Scotland. In 2003 he began directing arts documentaries and has since made over 20 films about artists, writers, musicians, photographers, architects and actors. His films have won three Scottish BAFTAs, two Royal Television Society Awards and a Grierson award. 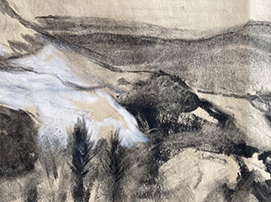 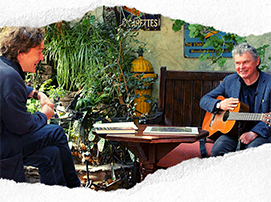 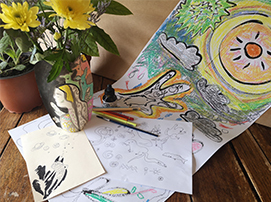 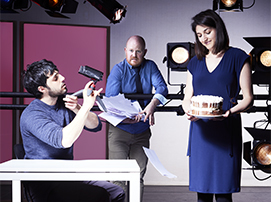