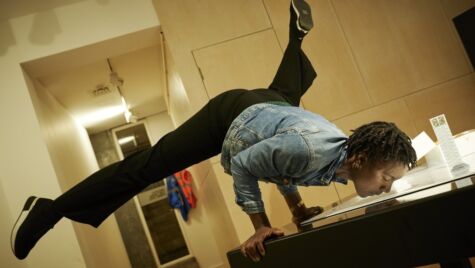 ANU are excited to be in residence at the Mermaid Arts Centre in 2021. We will spend this period researching utopian fantasies through the lens and vision demonstrated by Victorian seaside towns (in particular, Bray). Contemporary Bray is littered with the spectres of a glorious, frivolous past informed from the ideologies of its Victorian birth.

From a Tesco Express on the site of a former Turkish Baths, to the seaside bandstand, to the remnants of the Bray Head Chairlift, we see the skeletal archaeological markers of a former seaside utopia.

ANU will partner with a number of local organisations to investigate the links between the Victorian seaside resort and utopian fantasies; seeking to question and learn as we currently isolate and socially distance as a result of a world pandemic. When we return to the fresh air coming off the sea front and walk along wide promenades decorated by joviality, thrill seeking and recreation what lessons (or signatures) of the past will signpost our ideologies and dreams for the future?

Heralded by the Irish Times as an “ALTERNATIVE NATIONAL THEATRE” having created the “MOST SEARING AND PROVOCATIVE WORKS OF THE PAST DECADE" ANU is led by Theatre Director and film-maker Louise Lowe, Visual Artist and designer Owen Boss and creative Producers Lynnette Moran and Matthew Smyth.

Pioneering a hybrid of art forms places the audience at the centre of our practice, together we have created 39 seminal works, including public art commissions, gallery installations and museum interpretations, creating a brand that is gaining worldwide momentum.

Building a global reputation for creating transformative experiences in unusual locations, we continue to challenge theatrical conventions by blurring the lines between immersive and site specific practice.

We place the audience at the very centre of the experience to create autonomous and meaningful exchanges with them.

Our aesthetic represents the independent and the experimental, creating a new kind of multi-disciplinary model – a daring new hybrid art at the forefront of Ireland’s cultural landscape.

Our studio enquiry, led by multi disciplined artists, forensically builds to spatial immersion and finally to direct communion and engagement with viewers. On top of this, our enrichment programme transforms community settings as cultural spaces of inquiry.

Our most recent projects include THE PARTY TO END ALL PARTIES commissioned by Dublin Theatre Festival, CANARIES commissioned by Dublin Port and the multi award nominated and critically acclaimed FAULTLINE (Co-production with the Gate Theatre and the Irish Queer Archive for Dublin Theatre Festival), SCRAPEFOOT, an immersive visual art adventure for children at the Ark, THE ANVIL, a series of fifteen city wide commissions for Manchester International Festival and BEYOND THESE ROOMS at (TATE Liverpool). Spanning theatre, film and gallery installation, some of our seminal work includes our four part multi award winning Monto Cycle featuring WORLD'S END LANE (winner best off site production,2010), LAUNDRY (2011, winner of the Best Production Award Irish Times Theatre Awards), THE BOYS OF FOLEY STREET (Winner Best off site Production 2012) and VARDO (2014). LAUNDRY was chosen to represent 2011 as part of the Modern Ireland in 100 Artworks (Royal Irish Academy / The Irish Times). 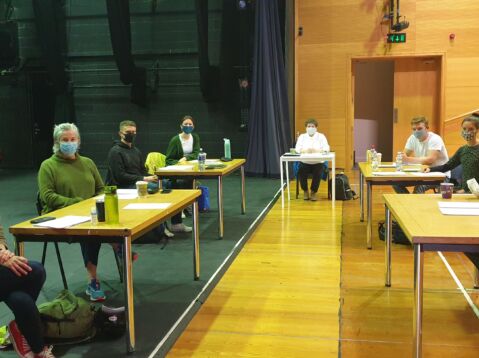 ​Wicklow-based playwright Jody O’Neill and team are in Mermaid this week workshopping “What the Telly Saw”. 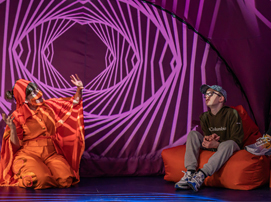 GROOVE is a chilled out 70’s inspired happening for audiences of children and young people with complex needs. 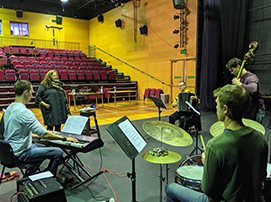 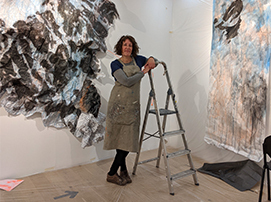 We're delighted to have artist Laura Kelly in residence in our gallery space in May and June.