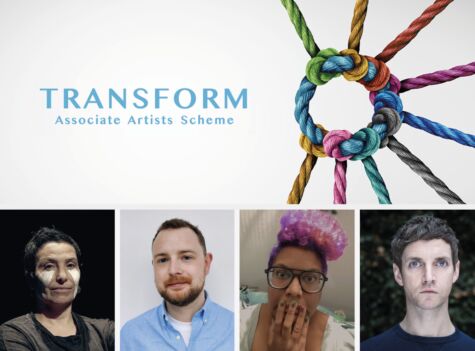 These four artists will be employed on a part time basis at Mermaid for one year, not on a project or commission basis, but rather to proceed with their work in a self-directed fashion except with less economic precarity.

This is not a standard bursary or residency. This is about what happens if creative practitioners and artists are embedded in organisations and have enough paid time and brain space to work on their own practice.

We’re thrilled to have these artists on our team and be able to include their voices in areas such as audience development, programme, artist supports and inclusion. We hope that we can improve the systems, processes and culture of our organisation beyond our artistic activity alone. Mermaid is determined to put the voices of communities and artists at the heart of our work, to be a home where everyone can be creative, where everyone can belong. 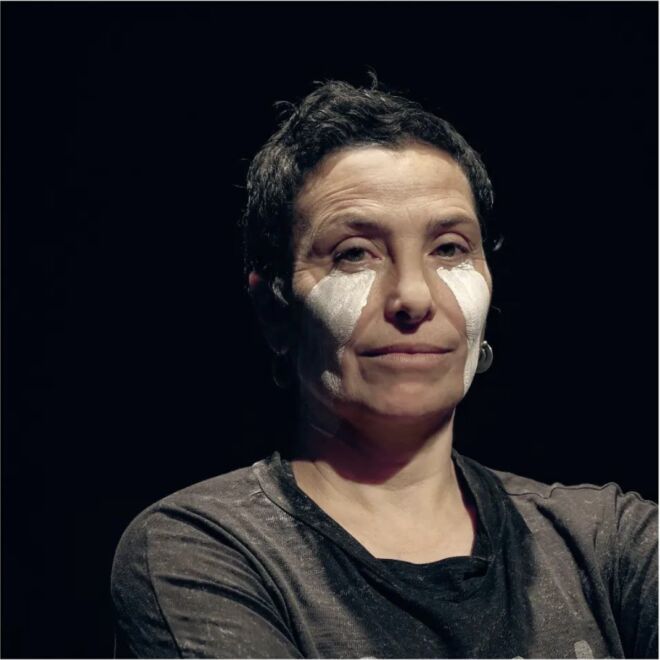 In her art, she is expressing human connection with nature, especially with birds. In her everyday life she plants trees for birds to live in them.

Elida was growing up in disappearing countryside and since she was a child, she wanted to learn to understand and interpret the language of birds.

I was lucky to get to document her recent collaborative artistic project - dance/acrobatic performance with music and art costumes. The project evolves around the Irish bird Yellowhammer, which is near to extinct.

“The only way to live in this world of crisis, I think, is to make our footprint smaller,” Elida says. “To make ourselves smaller, so small that we can be pals with ants or birds… to live tiny lives.”

I loved her answer to my question “what brings you joy”: “Being courageous!” 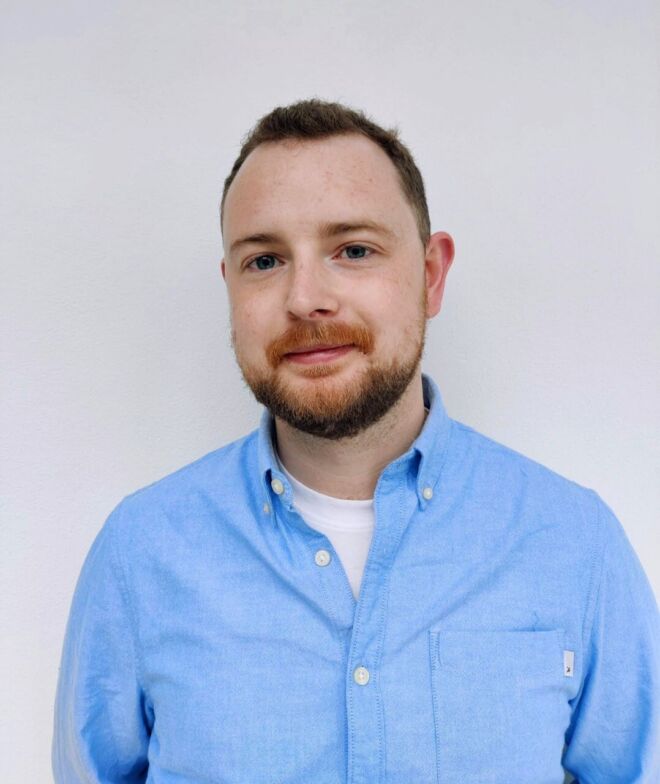 Chris Moran is a theatre director and writer from Co. Wicklow. His practice draws on historical and archival research to retell forgotten stories, especially queer stories. He makes work for young audiences in Europe and Ireland. He’s especially interested in working with and supporting new writers.

Chris studied at NUI Galway (2015) and received his MFA in Theatre Directing from the Lir Academy (2019). His work has been supported by the Arts Council of Ireland and Wicklow County Council. He is a 2022 Talent LAB artist at the Théâtres de la Ville de Luxembourg, developing a new play for 2023. He was a 2021 Dublin Theatre Festival Future Forecast participant, and in 2020 attended the European Theatre Academy.

Since 2015, Chris has worked as a writer, director and theatre-in-education workshop facilitator for young audiences in Germany, Switzerland, Italy and Ireland. His work for young people often mixes live music with puppetry. 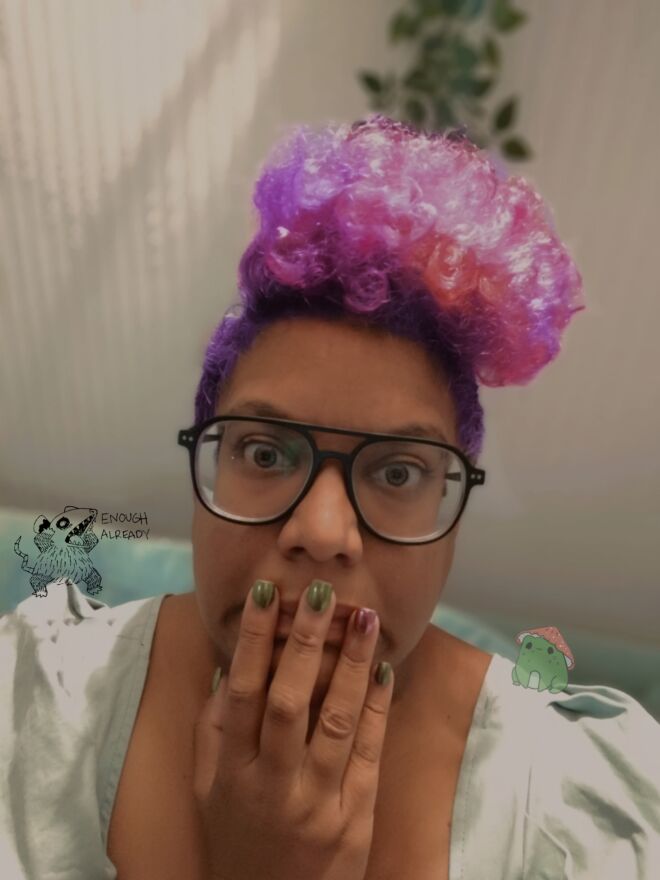 ShivaRJoyce is a dream deferred. A future memory, that lingers in this present. Wrangling words to make inscrutable meanings and carving images to mark a path for anyone willing to close their eyes and see what her stories, poetry and printmaking is sharing.

There is a list of right-white-qualifications that this Black Bird has collected to allow her a seat at this table.

There are lived experiences she struggles to unravel, reflect upon and to shape to some purpose.

There is an arrangement of words and labels that have given her answers - got her this far - and she is seeking to pass them on to the next BrownSkinGal who needs them, to go further.

She finds relief in the slow deliberation of printmaking, that reminds her how being carved and cut to pieces can sometimes render the incredible.

She finds joy in distorting and reshaping words in the manner in which they have manipulated her.

Her Transformative question this year is:

"Where is a BrownSkinGal's right to violence?"

You can find out more and connect further with ShivaRJoyce via the social media links on her LinkTree: https://linktr.ee/ShivaRJoyce

Emmet Kirwan is an award winning actor and playwright from Tallaght in Dublin. He studied at the Samuel Beckett Centre Trinity College Dublin. For over 17 years he has worked in Irish and English Theatre performing many times on stages such as The Abbey, The Gate, Project, Donmar Warehouse, The National Theatre of Britain, and The Soho, as well as working with leading theatre companies such as Rough Magic, Fishamble, This is Pop Baby, Guna Nua, Pan Pan, Corn Exchange and Barabas.

As a writer his play ‘Dublin Oldschool’ won the Stewart Parker Major Trust award. It has played six sell out runs in Project Arts Centre, Dublin, toured internationally including a sell-out run in The National Theatre in London’s West End.

He has also written the four poetry sections of This is Pop Baby’s RIOT, which has played Vicar Street in Dublin and toured internationally to The Sydney Theatre Festival and Skirball NY. The poem ‘Heartbreak’ is taken from this show and was adapted in to a short film that won an Irish Film and Television Award for Best Short Film.

Other writing includes ‘Wild West’ a radio drama for BBC radio 4, the short play ‘Queen of The Pyramids’ for Landmark Productions and Cork Midsummer festival’s ‘Theatre for One’. He was commissioned by The Gate Theatre Dublin to respond to John Osborne’s ‘Look Back In Anger’. For this he wrote and performed two new spoken word poems ‘I love you woman’ & ‘Mam and Dad are worried’. He also wrote and starred in the RTE 2 comedy series Sarah and Steve for Accomplice Television.

Emmet is currently writing a new play for Landmark Productions called ‘Straight to Video’ which premiers in October. And developing a new show entitled a’Accents’ alongside Irish music artist ‘Talos’. The is produced by Cian O’Brian with support from the Arts Council.

"I am incredibly excited and privileged to be made an associate artist of Mermaid Arts Centre. After a long period of isolation and working alone, to work with an organisation such as the Mermaid and with this group of artists will be a creative Godsend. I appreciate the time and space that this affords me and for that I'm truly grateful." 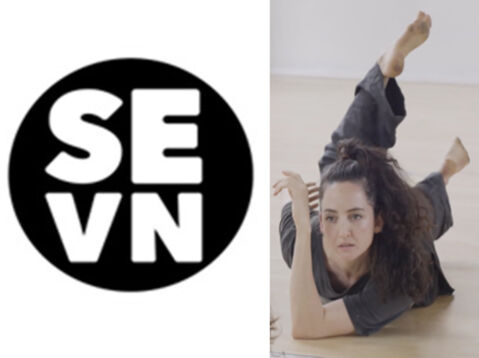 We are delighted to announce that Waterford-based dance theatre artists Rachel Brennan has been awarded the SEVN bursary 2022. 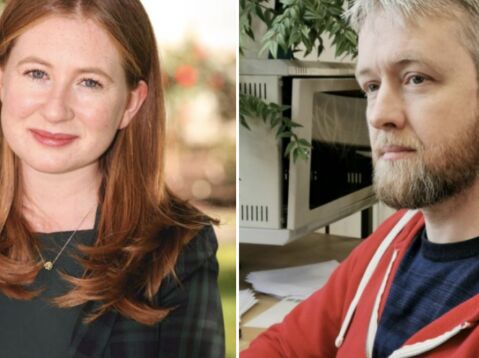 More Info
Welcome to Mermaid's Board -

We’re delighted to welcome Ursula Quill and Colm Keegan who have recently joined Mermaid's board. Their appointment follows an open call process that attracted a large number of impressive applications. 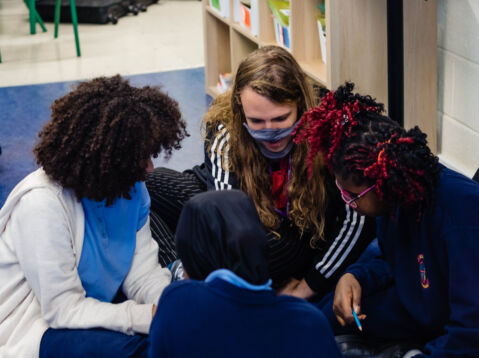 ​Mermaid Arts Centre is delighted to welcome Super Paua as Storyteller in Residence for 2022. Super Paua is an artist-led collective that makes work primarily for young people in a variety of languages, places, and forms. 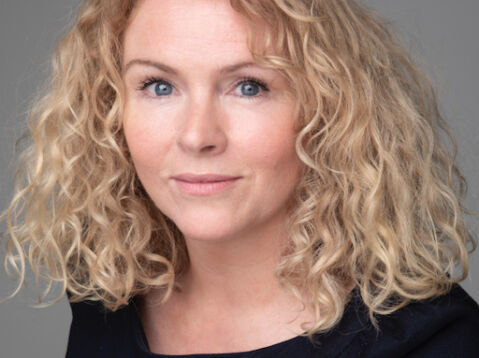 Mermaid Arts Centre welcomes theatremaker Janet Moran as Theatre Artist in Residence for 2021/22 in partnership with Wicklow County Council, and supported by The Arts Council.