Kevin Mooney’s paintings are drawn from various sources; his own photographs, architectural plans, media images and romantic landscape painting. In this series of works, rural landscapes which cite elements of traditional Irish painting and clichéd postcard reproductions of the West of Ireland are juxtaposed with depictions of the built environment. His earlier work located itself at the interface of the urban and the rural, and explored the panoramic spaces of the west of Ireland as a site for a shared national imagination, contrasting this with the realities of the contemporary landscape. His more recent work opens out and reframes his practice, playing on the relationship of landscape with romanticism and with the notion of the sublime. While continuing to investigate ideas of landscape and the deception of representational painting. Mooney is currently based in Galway, where he has exhibited in several group shows and held his first solo show at the White Room Gallery as part of Galway Arts Festival 2008. the disjoined and the morphological 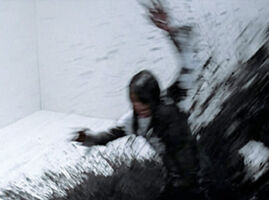 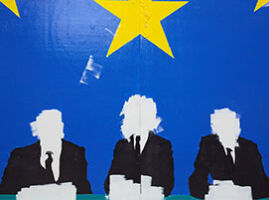