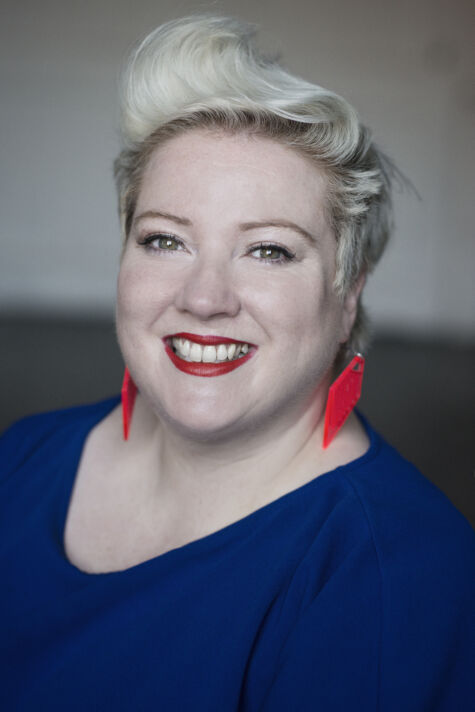 Mermaid is delighted to have Róise in residence for four months. Over the course of her residency, Roise will work on two initiatives.

The first, the development of a new work, Bigger People. Róise has gathered partnering organisations; Pentabus, Rural Theatre Co (UK), Cork Midsummer Festival (Cork) and Mermaid Arts Centre (Wicklow). This work will look at our relationship with our bodies. It is known that two thirds of people are on a diet for most of their adult lives. Set against the backdrop of the global 150+ billion diet industry and our cultural and medical preoccupation with body weight and image, we will take a close-up look at dieting as we experience it as individuals, communities and societies.

The second is an action research project working with a group of Irish and EU artists. They will research peripheral ideas and practices and how they are and could be presented in suburban contexts, and particularly in Bray. Róise and her colleagues will spend a week in Bray investigating and discussing opportunities for excellence in performance with and within our communities.

Róise Goan has recently concluded two seasons as Guest Dramaturg at Vooruit in Belgium, and she will shortly take up the role of Artistic Director of Artsadmin in London. Under the banner The Local Group, she has created performance projects with communities of place and interest in off-the-grid locations, including Bigger People, currently in development, Foyle Punt in 2018 and founded on the experience of making She Knit The Roof for Earagail Arts Festival in 2015. She studied Drama at Trinity College Dublin graduating in 2004. In 2008 she was appointed as Director of Dublin Fringe Festival, which she led for 5 years of strong artistic growth, and where she established Fringe Lab, a year-round studio and artist-support programme. Since 2014 she has built a portfolio of freelance projects. Alongside her work in the performing arts she has written for television, most notably the TG4 series Aifric 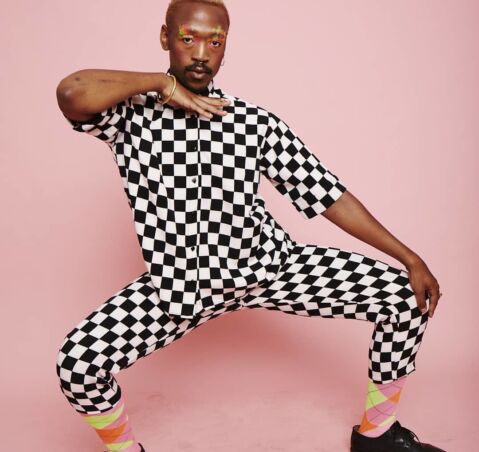 Kopano Maroga is a black and queer performance artist, writer and cultural worker. They are a graduate of the Masters in Live, Interdisciplinary and Public Art through the Institute of Creative Arts at the University of Cape Town and they are the co-founding editor of ANY BODY ZINE in 2016, a publication about dance, movement and embodied politics. ABZ is a “socio-cultural arts organisation invested in supporting embodied-arts practitioners.” Described between bites of wasabi-laden, soy-soaked maki, Kopano explained that Any Body is interested in “dance, movement and embodied politics.” 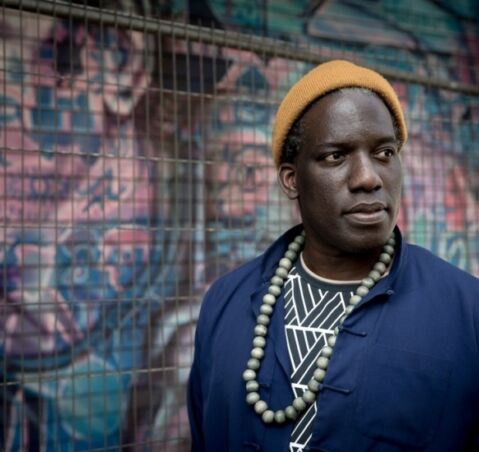 Tunde Adefioye is one of the city dramaturges of KVS (The Brussels City Theatre), together with Gerardo Salinas and Kristin Rogghe . They make the link between the stages and the new urbanity. Tunde is also a founder of Urban Woorden, a non-profit that uses poetry as a tool for youth engagement and is passionate about working with the local community to create a space for the youth to express and empower themselves, to feel inspired to be the best version of themselves. 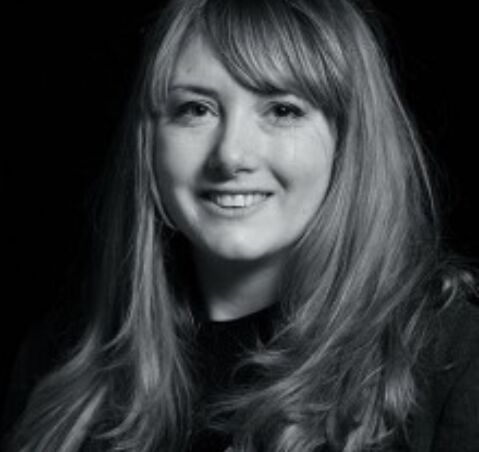 Fiona Hallinan is an artist who works in multi-disciplinary and often collaborative forms, exploring the notion of the threshold, and researching extinct or endangered subjects, theories, and tools of learning in academic contexts. In 2016 she co-founded the first Department of Ultimology in collaboration with Kate Strain. Ultimology is the study of that which is dead or dying in a series or process. Recent works have been presented in the Glucksman Gallery in University College Cork, Mother’s Tankstation, Kerlin Gallery, the Irish Museum of Modern Art, Brown University, Providence College and Koc University, Istanbul. She is a graduate of the MSc in Interactive Digital Media in Trinity College Dublin. 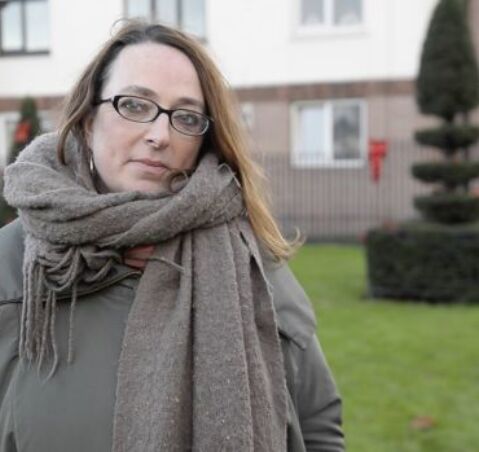 Dr. Ellen Rowley is an Irish Research Council Fellow at UCD’s School of Architecture and the Heritage Office, Dublin City Council. She is a cultural and architectural historian, educator and writer on twentieth century Ireland, educated in Trinity College Dublin and Cambridge University. Ellen’s essays on Modernism and Irish architecture focus on themes of Catholic patronage and suburban development, concrete technology in post-1916 Dublin, Irish architectural writing in the 1950s and everyday architecture in Ireland, 1940 – 80. She recently co-edited Volume IV, Architecture 1600 – 2000, part of Art and Architecture of Ireland series (Yale University Press, 2014). Ellen has led the pioneering research and inventory project of Dublin city’s 20th-century architecture since 2011 for DCC and the Heritage Council. 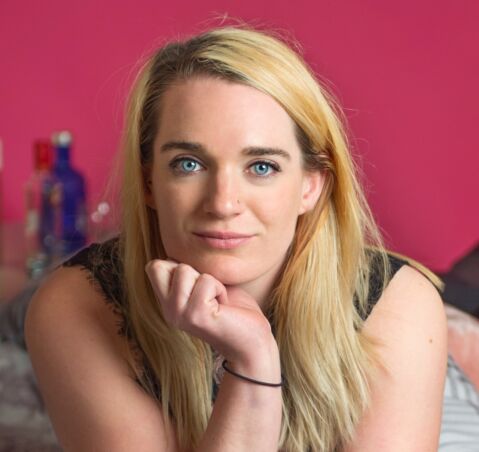 Louise Bruton is a freelance journalist, popculture enthusiast, disability rights activist and playwright. She regularly writes about music, travel, access and life as a wheelchair user for the Irish Times, Lonely Planet and Image Magazine. She made her theatre debut in 2017's Dublin Fringe Festival as a playwright and a performer with a sold out run of Why Won't You Have Sex With Me?, a show that looks into disability, relationships and sex. 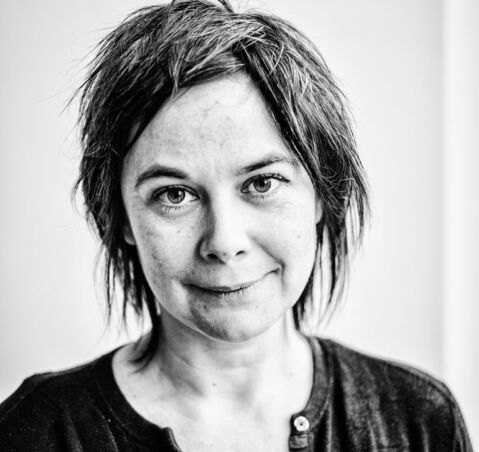 Marieke De Munck is the Curator/Programmer & Artist Development at Kunstencentrum Vooruit, Gent, Belgium.
Vooruit is a vibrant arts centre located in a one-hundred-year-old building in the heart of Ghent. Since its foundation in 1982, the centre has become a platform for a dense network of artists from a variety of sectors, inspired by a turbulent world and an always evolving world of the arts. It annually hosts 300.000 visitors in four stages, four studios and the biggest café in Ghent with its 20.000 m² of hallways and chamber. With a contemporary vision for the future, Vooruit – means “forward” in Flemish-, strengthens the cross-pollination between the arts and the local and global communities. This landmark keeps building on a history of innovation and social engagement and is a welcoming meeting place and as a lab for development, production, presentation, participation and reflection 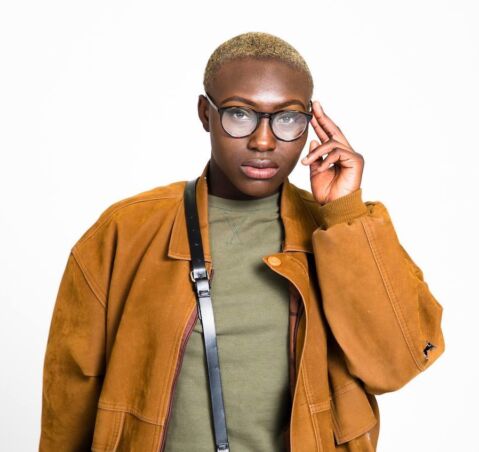 Born in Nigeria and raised in Longford, Felicia Olusanya (Felispeaks) is a spoken word artist who is working on a dream to change the face of poetry in Ireland. Celebrating different influences and art forms, she has emerged from the college poetry slam circuit as a fully rounded writer and performer. She draws on personal experiences of love and life and the social concerns of young people to create work that will last long in the memory. Having received a standing ovation following her performance at the Young Blood event at the NCH in Dublin, Felicia was invited to perform at the Repeal The 8th benefit at the Olympia Theatre, This Is Pop Baby's Riot at Vicar Street, Dublin Fringe's Requiem For Truth, RTE Arena's Culture Night concert at Dublin Castle, Body & Soul Festival and Electric Picnic. 2018 has seen her go from strength to strength, presenting a spoken word play as part of Dublin Fringe Festival, taking part in the Home Theatre project and performing for Bill Clinton. 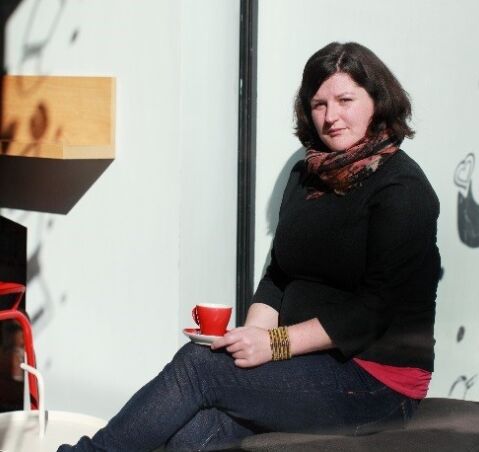 Writer and theatre artist KATE HEFFERNAN’s play for young audience’s Peat ran at The Ark for the month of March 2019 (commissioned by The Ark with the support of Mermaid Arts Centre, directed by Tim Crouch.) An Arts Council Next Generation Artist for 2017, her first play In Dog Years I’m Dead (MIRARI) was a winner of the 2013 Stewart Parker Trust’s Emerging Playwright Award. Kate was a participant on Pan Pan’s International Mentorship for 2015, investigating the sideways story of The Montague (a former hotel on the outskirts of her hometown now operated as a Direct Provision centre). Montague was subsequently commissioned by Mermaid Arts Centre. In 2014, with director Maisie Lee, she was artist-in-residence at Dunamaise Arts Centre, where she wrote and produced Hometroots, a series of short radio plays made with, for and about the people of Laois. Kate has worked in diverse roles, in varied writing, design, editing, producing, dramaturgical and production capacities. From 2011-2014, she was a producer at Project Arts Centre, working on Project Catalyst: a resource-sharing initiative which supports a diverse group of independent artists in the creation, development and presentation of new work.