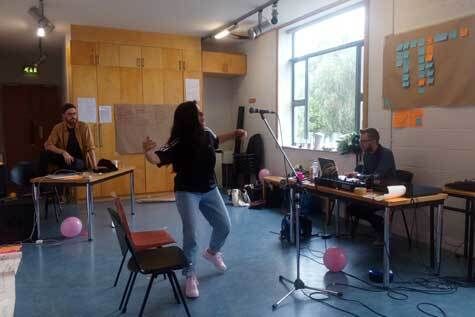 Doireann Coady (of THEATREclub) worked in August on her piece ‘I’m Not Here’. For the last two years Doireann has been trying to figure out how to perform a duet with someone who is not here. In 2014 she found tapes of her brother singing. He was being recorded by her father who was testing out a second hand dictaphone. This piece will be a kind of duet between Doireann and her brother. Her brother is dead. Doireann will premiere I’m Not Here in Dublin Theatre Festival and also present in Mermaid on 12th October.